On track to develop the next-generation toolbox for climate adaptation

Half way into the ToPDAd project, ToPDAd coordinator Tony Rosqvist is excited about the year ahead: “The main mission of the ToPDAd-project – to develop the “next-generation toolset” for adaptation decision support – is well under way.” 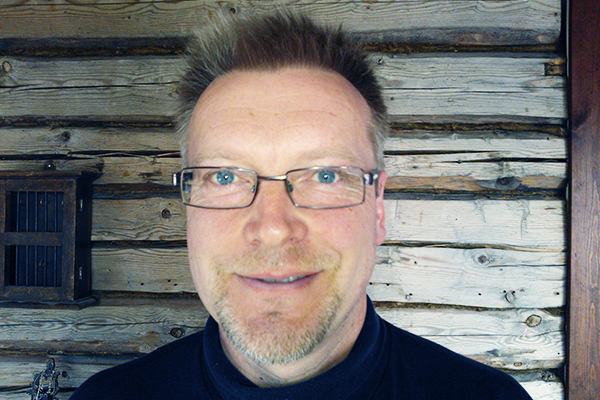 Tony Rosqvist is the coordinator of the ToPDAd project and works as principal scientist for the VTT Research Centre of Finland.

The ToPDAd project is developing a toolbox of assessment tools that can be used to model the costs of adaptation to climate change in Europe or the costs of not adapting. "At the lower level the results are about economic performance of adaptation on the sector level. On the national level we want to see what costs we expect if society doesn’t adapt. So ToPDAd is about cost-impact assessment,.” Tony explains.

An exciting year ahead

Half way into the ToPDAd project, Tony is happy with progress and thinks that the year ahead will be an exciting one as the tools are finalized for the case studies and the project moves into the result-producing phase. "ToPDAd has now moved from its inception phase to doing the real work,” says Tony. "All research partners have now a better shared idea of what the study cases are for which cost, environmental and health impacts need to be produced. The next two reports will still set the stage, but the modelling work has already begun.” While he emphasizes that it is challenging to bend existing modelling tools towards adaptation assessments, he is confident that the outcome will be beyond ‘the state-of-art’. "The main mission of the ToPDAd project – to develop the ‘next-generation toolset’ for adaptation decision support – is well under way.”.

Demonstration of the ToPDAd tools is scheduled for 2015. "The demonstration is very important and we need to have stakeholders with us to comment and see what we have done so next year is the final year of ToPDAd and then we need to have results on the table.”

This is the first time Tony has led an EU project and although he sometimes misses the hands-on research work, he enjoys having the full overview of the project. He also finds it very interesting to work closely with stakeholders, although it may also be challenging. "It is difficult to get end-users to get engaged to the extent that they find time in their calendars. Often more pressing issues pop up.”

The biggest challenge ahead will be to package the methods and tools into a toolset that is easy to use for end-users such as government officials and managers and planners in the business sector. "The challenge is to make an impact at the EU level. Very much depends on how we manage to package the tools so that they are easy to understand and accessible. It also requires a lot from the partners to want to look from the end-users’ perspective. End-users are not necessarily tool-users who are familiar with the models behind the tool.” He explains that a new work package on packaging the tools into services will start in May 2014.

Tony thinks that ToPDAd will produce useful tools to support decision-making: "Tools for all those who really need to think about the cost of inaction and of adaptation and have to weigh between doing business as usual or adapting.” He says government officials and owners of critical energy and transport infrastructure are central end-users.