"Currently, climate adaptation is about blaming others. Unfortunately, the new EU strategy does not seem to change that", says Asbjørn Aaheim, climate researcher at CICERO.

In mid-April the European Commission presented its strategy for climate change adaptation, a framework designed to raise the EU's preparedness for the effects of climate change such as floods, droughts, desertification, sea level rise and erosion.

"It is essential that the European Commission clarifies a strategy on adaptation which identifies what the communities need to prepare for in the short term and where immediate action is necessary. Additionally they must indicate what actions can wait until we get more and better information about how the climate will change and what the consequences will be", said Aaheim, head of research at CICERO, Center for International Climate and Environmental Research – Oslo, one of the ToPDAd partners.

According to Aaheim, it is important, especially for the European Commission, to start discussing who will be responsible for doing what. 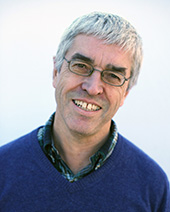 Three main areas are prioritised in the new strategy:

"The strategy identifies three main areas, but only one of them – the centralisation of decision-making – deals with the challenges mentioned above. That does not bode well. I’d say that there are strong indications that adaptation to climate change will continue to be a topic where high-level decision-makers instructs the lower level on how important it is that they do something, but leaving out any discussion on their own responsibilities", said Aaheim.

You’ll find the whole strategy at the European Commission.